Frozen Clinamen is a new serie of works started by Failure Circle (a solo project of Kecap Tuyul) in autumn 2017. It follows a simple method inspired by the the possibilities of his no-input mixer set-up and the will to use a limited sound material in a posteriori compositions : all the sounds included in these works are recordings of moments that feature no human intervention. Frozen Clinamen #1 was recorded and mixed between november 2017 & june 2018.

Methodology
step (1) Tweaking the set-up until it produces some seemingly autonomously self-sustained sound sequences.
step (2) Stopping tweaking and recording for at least 20 minutes without any intervention on the set-up.
step (3) Repeating steps (1) & (2) several times.
step (4) Using the generated sounds as only source in a posteriori compositions. The only variations used while mixing are equalization, panoramics and volume levels.
step (5) play it at low/high volume with open/closed window while completely asleep / fully conscious. 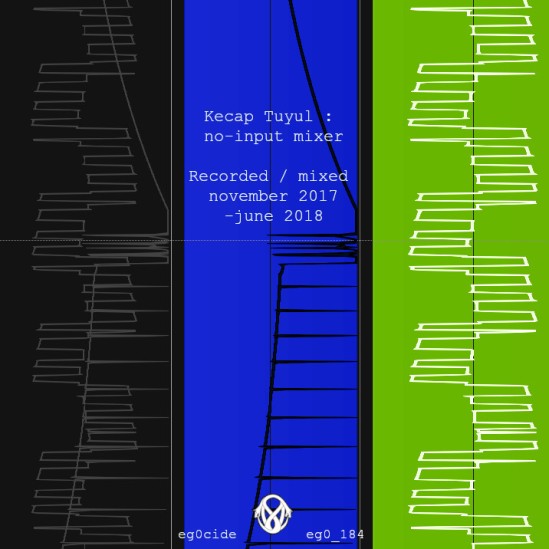 Review by Borealiscape on “Recent Music Heroes” Blog
http://agier.blogspot.com/2018/10/failure-circle-frozen-clinamen-1-2018.html
Comment: previously I have said many words about noise music. Noise is something which arouses my mind. It is like a wicked desire to get involved in the life of strangers, in the life of machines in this case. What the machines used to say, what is their singular way to perceive other artefacts and subjects around them. Yet, their singular language may be indecipherable because of consisting of highly galvanized voltage, uncountable chains of broken chords, anonymous hisses and hazy penumbras. Kecap Tuyul aka Failure Circle`s 63-minute track/album embraces all those interrupted chains and disturbed phase changes getting power from every day life`s suppressed anxiety. The machines are created by the human being yet the more a human being gets subjugated to the artificial satellite, the more he/she will be enslaved by it. A history of the human being can be viewed as the coexistence of the aforementioned ones. Could you get rid of this addictive relationship given that the machines help you outdo (I mean, forget) your own mortality. You meet Grim Reaper with a motorised scythe. The throbbing sonic issue is a part of the discography of Eg0cide Productions.