Sithwomb returns on eg0cide with a short album of hypnotic minimal drones that seem to come from another world. 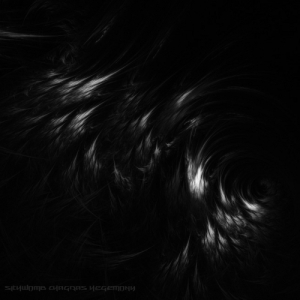 Description by the artist

Star Wars and Sith-themed project, each of the tracks serve as a soundtrack to scenes taken out from numerous Star Wars books, games, etc. “Valley of Golg” takes the listeners on a journey through a great valley where Sith Kings of the ancient Sith Empire lay buried. “In His Wake Life Dies” depicts a scene in which Visas Marr’s homeworld is destroyed by Darth Nihilus and she is the sole spared soul, accepted by the dreaded Sith Lord as his apprentice. In “Voidstar” listeners explore the prototype Sith battleship which went missing. “Wormholes, Free My Eyes” is about Luke Skywalker facing a deadly Force Storm created by the immense power of Emperor Palpatine in “Dark Empire 1: The Destiny of a Jedi

Composed, mixed and produced by Sithwomb