Somnambulistic Utopia, the new solo album of Kecap Tuyul is made of three one-hour long improvisations mixed together. Each new one was recorded without listening simultaneously to the previous one. The only predetermined choice in each of these improvisations was to include at least 15 minutes of silence in it, placed at different moments of each session. The technical set-up of these 3 sessions was the same : analog synthesizer, mixing board feedback and voice.

Two of these improvisations (9 and 20 March 2020) have been recorded for the uni.Sol_ project curated by Slavek Kwi aka Artificial Memory Trace. The 3rd one has been recorded especially for this piece on 13 April 2020.

Special thanks to Magali Albespy and Slavek Kwi.

NB : Blurmoon , a previous release on eg0cide productions was produced more directly in the context of uni.Sol_Sessions 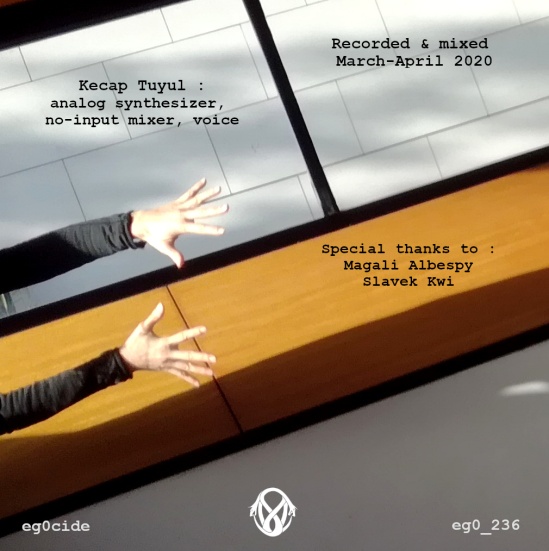